Is time up for air travel? 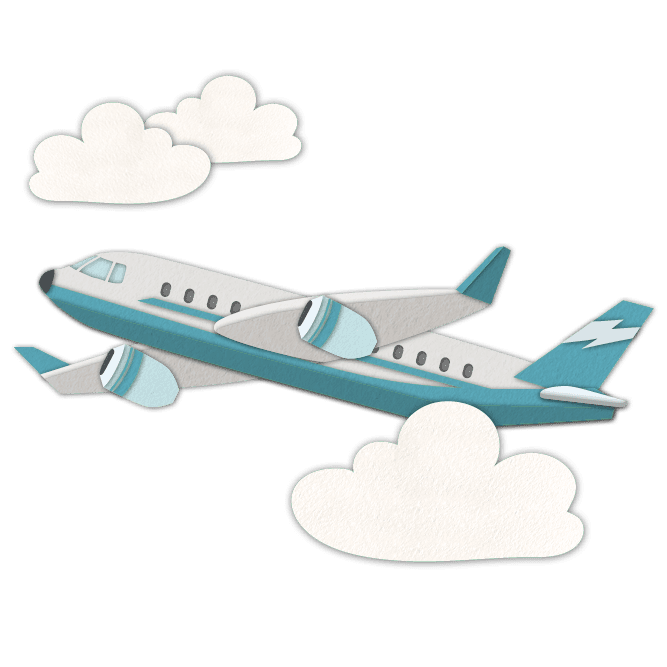 Since Covid-19 restrictions were lifted on 19th July, just in time for the school summer holidays, it feels as if life has returned to some kind of normal.  We have tentatively begun doing some of the things we have missed so much; nights out, meeting up with families and friends across the country… even the odd festival!

However, when it comes to travel, many of us have opted to ditch the traditional holiday abroad for another year due to the uncertainty around which countries will/won’t be added to “THE LIST”, the cost of the associated tests and the rather stressful prospect of having to change plans at the 11th hour.

This has led to what will surely be confirmed as a bumper year for the UK holiday market, but does it signal a lasting change in our behaviour, or will our passion for air travel return?

With that as the backdrop, in this blog, we examine our near obsession with flying, the role aviation plays in contributing to the climate emergency and what the future could look like.

Prior to Covid-19, our thirst for air travel had shown no sign of abating… and when we say ‘our’ we really do mean us, right here in the UK.  In 2018, more Britons travelled abroad than ANY other nationality, according to official data from the international trade body for aviation.  Staggeringly, as this article confirms,  a whopping 126.2 million air passengers in 2018 were British – totalling 8.6 per cent, roughly one in 12, of all international travellers.

As if to underline the fact, the pressure on the government from both consumers and travel companies to remove travel restrictions and to add more and more countries to the green list intensified as Covid-19 restrictions were eased.

However, according to the science, our addiction to air travel is one of the leading causes of global warming and is something which must be addressed.

“Aviation is almost completely dependent on the fossil fuel kerosene, and the large amount of energy needed for planes to get, and stay, airborne makes air travel the most carbon-intensive form of travel in most cases.  Taking one return long haul flight can generate more emissions than any other activity in a whole year.

Consider that the Paris Agreement has countries committed to become Net Zero by 2050, it is clear that maintaining air travel in its current form is simply incompatible with this goal.  In addition, earlier this year, the UK government made a commitment to become the first major nation to include not just domestic, but international aviation in its CO2 emission targets.

Radical changes are required, but what are the options?  We explore a few here.

How on earth can aviation fuel ever be sustainable?  Good question.  Well, the devil is in the detail, as the following definition from 4air Zero explains:

“Sustainable Aviation Fuel (SAF) is a “drop-in” fuel that meets all the same technical and safety requirements as fossil-based jet fuel. SAF contains the same hydrocarbons (and thus the same tailpipe emissions) as fossil-based kerosene, but the difference is that the hydrocarbons came from a more sustainable source. This results in a net reduction of emissions when comparing to fossil jet fuel on a life cycle basis.”

Hmm.  This sounds a little like a short-cut to us.  In any case, the AEF highlights that this fuel is not currently produced on a commercial scale and that equivalent biofuel alternatives bring issues of their own.  Growing crops specifically for the production of fuel would either directly, or indirectly result in deforestation… solving one problem, but creating another.

A new age of electric aircraft?

With electric vehicles seen by some as the silver bullet to emissions from surface transport (see our previous blog on this here) is the same for aviation a possibility?

Rolls-Royce are the fourth biggest manufacturer of aircraft engines.  However, they have a world-renowned reputation for R&D, and are now developing the “Spirit of Innovation” zero-emission electric aircraft.  This is scheduled for advanced tests and has a target to reach speeds in excess of 300mph.  As you can see from their website, the aircraft at the moment is little more than a two seater but nevertheless, it is a positive step.

For something more advanced, albeit still just a small number of seats, the Eviation Alice is the world’s first commercial electric aircraft, which has been designed to cater for the regional, or short-haul market.  Insider produced a video and accompanying article last autumn which again makes for interesting viewing.  It feels a lot more tangible and offers a vision of how this could be scaled up to compete with the fossil-fuelled aircraft that dominate our skies today.

The trouble is, it doesn’t tackle the here and now.

The AEF explains that commercial electric aircraft are unlikely to be available for anything other than very short journeys until after 2050.

What was that Paris Agreement commitment again???

Back to the future

They say history repeats itself. It’s safe to say that airships have a somewhat chequered past, but with considerable advancements in technology, could they too play a role in the short-haul market?

Hybrid Air Vehicles launched their revised Airlander airship back in April. Even if at launch, the engines will be fuelled by kerosene (i.e. ‘bad’) emissions will still be significantly lower than planes, as the energy goes into powering the airship forward, not keeping it in the air.  It is anticipated that within a decade – a realistic timeframe for when these airships could become commercially viable – the engines will be electric.

Both Airlander and Alice address something that simply has to change, namely the abundance of short-haul flights.

In an era of climate emergency, these become more and more difficult to justify.  Can anyone seriously maintain that domestic flights here in the UK are an essential part of our business or leisure travel?

It is well worth reading this article from The Guardian (March 2021) in full but the point is that just a tiny percentage of the world’s population fly… and an even smaller percentage of those, fly the most.

Yet the Climate crisis affects us all.  Not really fair is it?

It is certainly better than the rather cynical option of carbon-offsetting, which simply allows those with the most disposable income to ease their climate-conscience by throwing some money at a tree-planting project.

A frequent flyer levy sounds simple and fair, but it remains to be seen if any government is bold enough to implement such a scheme.

Has Covid-19 given us the answer?

We end this blog back where we started.

As the world went into lockdown in 2020, flights were grounded and – without being too romantic – it could be said that the earth breathed a sigh of relief.

Covid-19 forced us all – individuals and businesses alike – to embrace technology already in existence, namely video conferencing and online meetings.

Do we really have to travel to New York on a plane when you can have the meeting online?  Of course not.

It is over simplistic to suggest that every single aspect of every business can be carried out online.  Face-to-face interaction with another human being has been sorely missed, but the point is that the number of business flights can – and must – be vastly reduced.

Similarly, hasn’t this summer reminded us that domestic ‘bucket and spade’ holidays are pretty damn great?  Do we really need to fly hundreds or even thousands of miles simply to sit on a different beach?

Clearly, air travel is here to stay, but in its current form, it represents a huge threat to our climate and cannot simply continue unchecked.

As various world leaders no doubt fly into Glasgow this November for the UN Climate Change Conference (“Cop26”) we wonder how high up the agenda aviation will feature and will be looking on with interest.